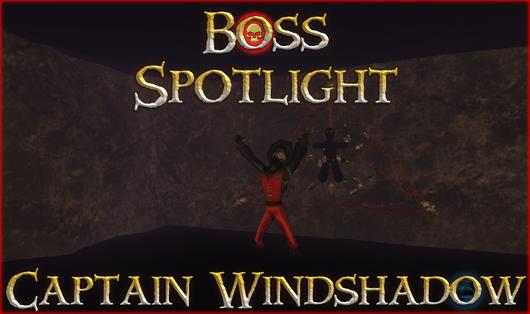 I’m sure you all have heard of Zephyr Windshadow, the mysterious jumbee captain in the Hollowed Woods Town Hall. This is a man not to be trifled with, he is a threat to the entire Caribbean.

Unfortunately, Captain Windshadow became consumed with greed, he wished to steal the power of The Watcher by destroying her shrine and seizing its power for himself. Soon after, he discovered the shrine was inside the rock walls behind his town hall. He had the area excavated and he then began to make his move to destroy the shrine. Once he did this, The Watcher lost her mind and destroyed everybody living in the Hollowed Woods, not a soul was left!

Jolly Roger, being the opportunist that he is, reanimated Zephyr Windshadow and his crew as Jumbees to do his evil bidding. Their commands from Jolly Roger are simple: force your way out of the Hollowed Woods, and destroy Port Royal from within.

Why am I telling you this? Well, you see, Zephyr Windshadow has begun an effort to escape the town hall as we speak. I had created a spell to keep the Jumbees locked in their various locations after Jolly had reanimated them. The problem is, I can’t stop them on my own, please visit me in the Hollowed Woods so we can begin our efforts to halt Jolly’s nefarious plans.

I hope to see you soon,

Retrieved from "https://piratesonline.fandom.com/wiki/User_blog:ElizaCreststeel/SPOTLIGHT:_CAPTAIN_WINDSHADOW?oldid=337327"
Community content is available under CC-BY-SA unless otherwise noted.