The Sapphire Curse is a Legendary Cursed Sabre introduced to The Legend of Pirates Online with the Forsaken Shallows expansion. This beautiful blade of crystal blue supplies its user with Rank 3 Freeze Sweep, Rank 1 Pain Immunity, and a boost of 5 Points to Parry.

The Sapphire Curse is obtainable after completing the Raven's Cove Story quest and can be dropped by Jimmy Legs in Cursed Caverns at Isla Tormenta. 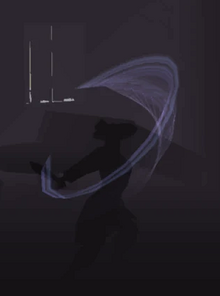