A Beta Key is a single-use, 16-character alphanumeric string (e.g. XXXX-XXXX-XXXX-XXXX) which grants a user the ability to register one (1) account for The Legend of Pirates Online during the Beta phase of the game's development. Keys were often released by means of Key Challenges, Developer Streams, random "drops" in the game's IRC channel, and can now be obtained through different TLOPO-related media, websites and social media profiles.

The alphanumeric string for beta keys is randomly generated and will always contain uppercase letters (that is, no lowercase letters) and any numbers 0-9, separated by hyphens into four sections. (e.g. XXXX-XXXX-XXXX-XXXX)

Before the release of Beta, the Beta Key was known as an Alpha Key, and was used to grant a user access to TLOPO Alpha.

Below: example of Beta Key found in-game from enemy loot. 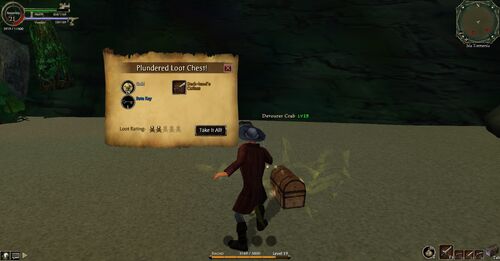 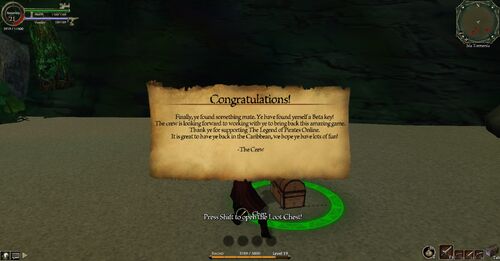 Retrieved from "https://piratesonline.fandom.com/wiki/TLOPO_Beta_Key?oldid=338266"
Community content is available under CC-BY-SA unless otherwise noted.