The Raven's Cove Story Quest is the third and latest chapter in the Story Quests available. It is only playable by level 30+ pirates.

*Bonus Items can be obtained by doing this quest.

This article contains information that will reveal secrets normally only discovered in the course of the game. If you do not wish to ruin this surprise - read no further!

Notes: Once you complete this quest, you cannot summon a ghost. 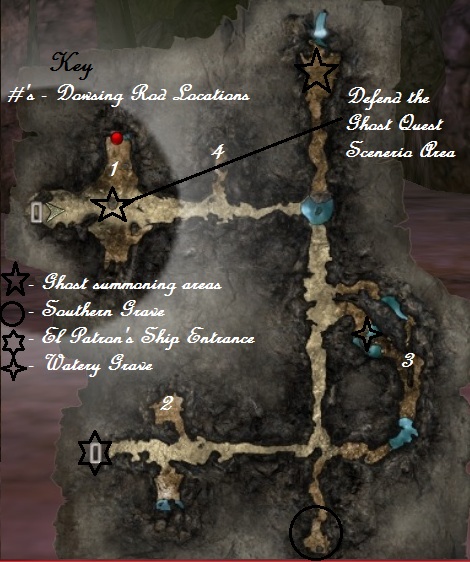 Note: Once you complete this quest, you cannot summon a ghost.

Note: Dig spots do not show after completion of the story quest, the screenshots below show an area in which the dig spot should be located.