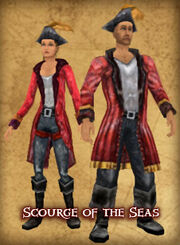 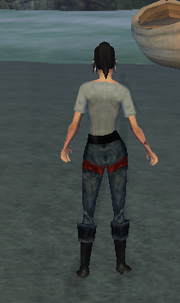 Scourge of the Seas is an outfit offered for purchase by Peddlers on Padres Del Fuego, Cuba, Port Royal, and Tortuga. The outfit was first leaked the morning of October first, and again in the evening on October 23rd. Then, it was officially released in May 2013.

Retrieved from "https://piratesonline.fandom.com/wiki/Scourge_of_the_Seas?oldid=339483"
Community content is available under CC-BY-SA unless otherwise noted.