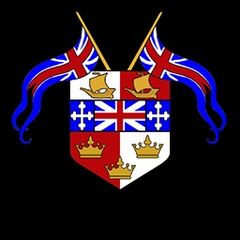 The Royal Navy refers to the navy of Great Britain. It was the world's most powerful navy at its time. Not long after the discovery of the New World and its potential riches, the Royal Navy was soon dispatched with its many ships across the sea to expand England's influence and to protect its citizens and merchants doing business in the Caribbean.

In Pirates Online, the Royal Navy is charged by the Crown with keeping peace in the Caribbean, protecting shipping lanes, and most important (to most of them) capturing pirates. Unfortunately for the Crown, some Navy soldiers aren't as honest as perhaps they should be. The Caribbean is as corrupt as it is beautiful, and it has proven easy to grow lax so far from home.

Instead of protecting civilians, many Navy officials extort gold under the pretense of "taxes" and generally oppress anyone they think they can push around. Some officers and guards can be bribed –– others turn their heads when crimes are committed. Though their Black Guard counterparts are stronger, Navy personnel are still formidable fighters and should be approached with great caution.

The Navy is a primary enemy in Pirates of the Caribbean Online and all of its units are identified by their red markings. Pirates venturing too close to a Navy soldier or ship will be subject to attack.

Stationed at the various Royal Navy outposts across the Caribbean and aboard Royal Navy ships, these troops represent the might of the British Empire.

While many are just inexperienced youth fresh off the boats, there are a large number of well-trained and dangerous soldiers who won't show a pirate an ounce of mercy.

Here are some tough Navy baddies you may encounter. They are stronger and have far more health than their normal counterparts.

A Game Master Guild was created for the Navy so the characters could appear in role-playing events and played by members of the Disney support staff. These are the known members, everyone is potentially dangerous:

All GM-played Royal Navy NPCs have the power to instantly Knock Out a player pirate. This was used sparingly at events but meant to keep players from distracting others. 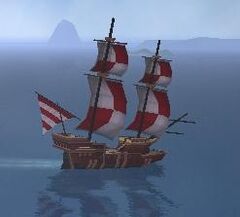 Royal Navy ships are identified by their red markings and flagships fly red flags. They can be found in all areas of the Caribbean and will NOT hesitate to open fire on a buccaneer's vessel.

These small craft tend to stick close the safe shores of Port Royal.

Vessels of this class have been spotted in a wide range of places, but mostly to the West of Port Royal around Cuba, Rumrunner's Isle and Driftwood Island. They are not very powerful ships, but can be a threat to weaker pirate craft.

These mighty vessels are dangerous enough, but they also shoot Firebrand rounds. A few of these ships have been spotted around Port Royal, but mostly spread out around Padres Del Fuego all the way to Kingshead and Outcast.

Only the bravest or most fool-hardy pirate engage these powerful vessels in combat. They shoot Firebrand rounds. These ships have mostly been spotted around Padres Del Fuego and points farther East.

All Bounty Hunters are Hired by the Royal Navy, however, at Scoundrel Level 4, a special class of Bounty Hunter, Warship is sent by the navy to attack you. They are the elite of the navy and will not stop until you are sunk!

Ships of the Line 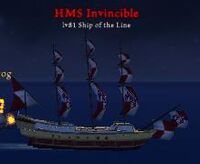 These massive extensions of war are found in the Treasure Fleets of the Royal Navy. They deploy deadly volleys of Firebrand and Explosive rounds, and can easily sink even the largest of warships.

The Goliath is found only in the Black Pearl Boss Battle. 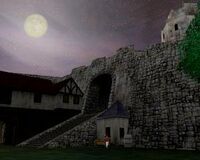 Large stone forts can be found on several main islands and stand to represent the Navy's power in the region. They house troops, defend towns and are located near jails to keep wrong-doers locked up. The Royal Navy also operates other sites in the Caribbean to maintain their presence.