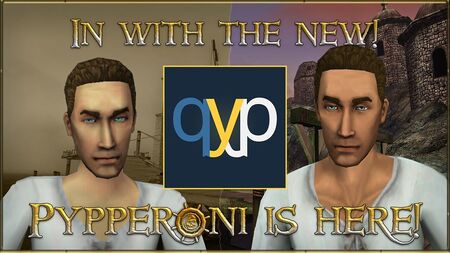 Pypperoni is the open source Python-language compiler developed by The Legends of Pirates Online Team.

Pypperoni was developed as an in-house compiler for TLOPO, which is almost entirely written in Python, and they had to come up with many creative solutions for security problems intrinsic to the Python programming language, such as Python injection.

In the original Pirates Online, a Python Injector app allowed hackers to alter the game, make their ships invulnerable, attack other players, etc.

The team recognized numerous security and performance issues associated with running an application written in Python, and thus sought out to reinvent the way they thought about Python compilers. Pypperoni is the result.

Previously, TLOPO maintained their own custom and open source compiler named Nirai. Unlike Pypperoni, Nirai was designed to be specifically used alongside the Panda3D game engine. Pypperoni is the successor to Nirai and is designed to be compatible with ANY application written in Python 2.7.

Retrieved from "https://piratesonline.fandom.com/wiki/Pypperoni?oldid=338200"
Community content is available under CC-BY-SA unless otherwise noted.