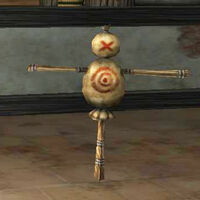 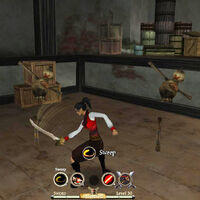 Practice Dummies are stuffed targets used to practice with your swords. At the beginning of the game, in the Warehouse on Rambleshack, Will Turner uses practice dummies to show you how to fight with your first cutlass. They can be found in the Old Warehouse on Port Royal. The dummies have only 1 heath point.

Retrieved from "https://piratesonline.fandom.com/wiki/Practice_Dummy?oldid=324512"
Community content is available under CC-BY-SA unless otherwise noted.