Pierre le Porc (Peter the Pig) is a French Lord, running his operations out of Ile D'Etable De Porc.

He prefers to refer to himself as the "refined gentleman of acquisition" - with his focus constantly on acquiring more territory, more gold, and more privateers to take up arms against his rival, Garcia de la Avaricia of Spain. 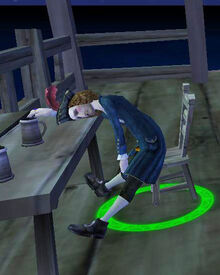 Finishing the French Ship PvP quests will give the pirate an additional reward of a special French Fleur de Lys tattoo.

Retrieved from "https://piratesonline.fandom.com/wiki/Pierre_le_Porc?oldid=330310"
Community content is available under CC-BY-SA unless otherwise noted.