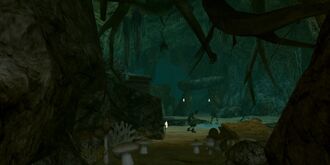 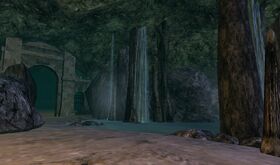 The Murky Hollow is a dark cavern on Port Royal with beautiful waterfalls, and is one of the places where the undead legions of Jolly Roger's army of the undead are spawning from. It is very similar to the Catacombs on Padres Del Fuego.

It seems to be an abandoned Naval colony with all the various concrete structures around. The Royal Navy's footmen would have left with the arrival of the Undead into the caves.

Even though there is nothing to fear for an experienced pirate, the scenes and spectres in the cave can make anyone shudder. A spectral projection of the undead leader Jolly Roger looks on as General Bloodless gathers his troops and awaits the orders to assault the settlement of Port Royal.

A pirate can access the Hollow from either Governor's Garden or King's Run. 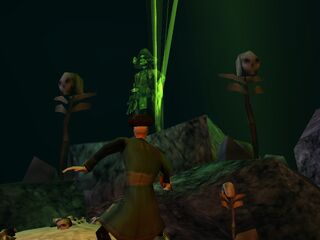 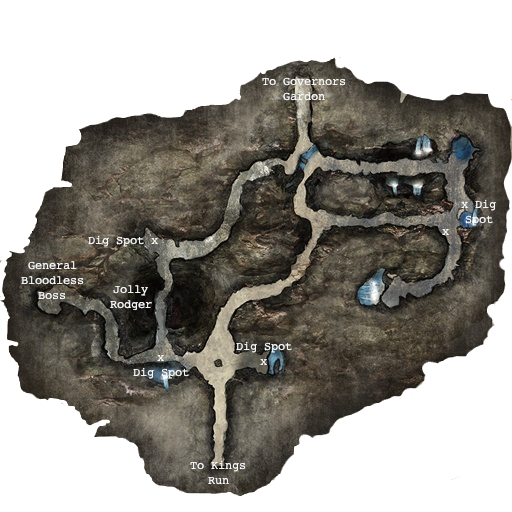 Retrieved from "https://piratesonline.fandom.com/wiki/Murky_Hollow?oldid=336541"
Community content is available under CC-BY-SA unless otherwise noted.