Malicioso is a Giant Scorpion Boss, living in the Wildwoods on Tortuga, guarded by a nest of many other scorpions. He is seen at Level 2-5.

When appearing at level 5, he can be dangerous to newer pirates who have early quests in the Wildwoods, but a mere pest for higher level pirates. Beware that the other scorpions in the area are very aggressive. 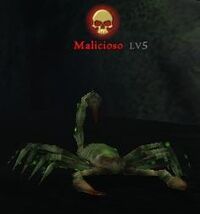 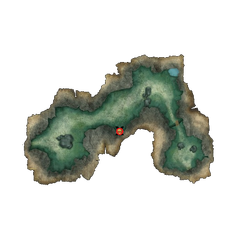 Retrieved from "https://piratesonline.fandom.com/wiki/Malicioso?oldid=332587"
Community content is available under CC-BY-SA unless otherwise noted.