Las Pulgas is Spanish for City of Pests or City of Fleas. 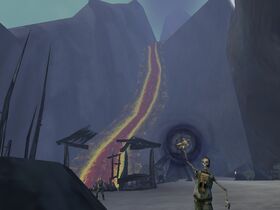 This remote town on Padres Del Fuego is on the other side of El Sudoron. The town became overrun with undead skeletons, and a few valiant Royal Navy soldiers trying to fight them off.

This area used to also be reached by swimming around from the dock area. However, that option has been eliminated.

The bad news is the residents are all high-level undead and a couple of tough bosses, including the extremely notorious General Darkhart. Good news? The village offers all the stores of a regular town and an escape to your ship is a short hop away. As with Beckett's Quarry, mixing humans and undead makes using the pistol harder, but blades or voodoo are good options. A group of mediums or a handful of higher-level characters can take advantage of this isolated area.

A bunch of businessmen and women still hold out hope that Jolly Roger's fiends can be driven off. They continue doing business during these troubling times.

Note that there is no Shipwright, Dockworker, or Jail in Las Pulgas. 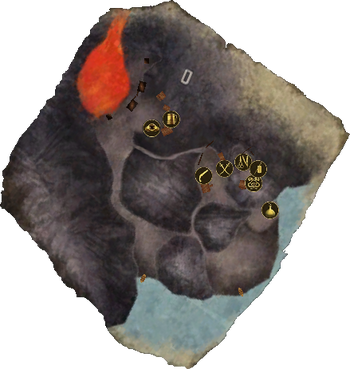 Retrieved from "https://piratesonline.fandom.com/wiki/Las_Pulgas?oldid=322598"
Community content is available under CC-BY-SA unless otherwise noted.