Jacques le Blanc is the boss that dwells on Isla Cangrejos. He is a French Undead Capitaine Boss, appearing at level 35 with 16,250 health. He can, and will, take down lower level Pirates in one attack. To see him in action click here . 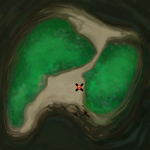 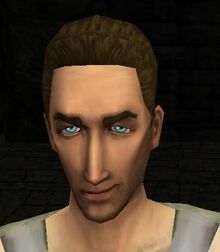 James' sly nature caught up with him quickly. The riches he stole from his family prior to joining the British Navy vanished before he reached the docks. They were lost to a pair of swindlers who promised the lad a valued post on the HMS Endeavor.

Instead James decided to start his military career on a vessel bound for a trip around the world, mastering every bludgeoning, blasting and slashing device known to the seafaring man. Upon reaching the Caribbean, James was an experienced Master-at-Arms on a British Frigate.

After sailing the world, James had his belly full of the military life and its half decent pay.

James heard that a Spanish Captain was recruiting for an able seaman anxious to scuttle a British ship for profit. Now that was music to James' ears and he was definitely in!

On the arranged day, the Navy was tipped off and suddenly James found himself in chains. Worse yet, he learned the whistleblower was none other than his twin brother - Thomas White!

Crafty as ever and fueled by revenge, James escaped the gallows along with a couple of French soldiers loyal to Pierre le Porc. The notorious Pierre heard of James' shady dealings and courageous escape and was eager to use a man of his skills.

One night, Pierre le Porc had great plans to train James as an assassin and laid out on a table pictures of his upcoming rivals. This is how James White found out that his brother Thomas, now known as Tomas Blanco, was a Privateer for Garcia de Avaricia.

At that moment, the infamous Jacques le Blanc was born ... and the Caribbean would never be the same!

Strangely, Jacques often feels that someone has the evil eye on him during battles. As the sands of time pass, Jacques is unaware how long the hate for his brother has possessed him.

Rumors on the docks suggest a now undead Jacques may be unknowingly sailing for a commander far greater and more sinister than Pierre le Porc...

Retrieved from "https://piratesonline.fandom.com/wiki/Jacques_le_Blanc?oldid=331565"
Community content is available under CC-BY-SA unless otherwise noted.