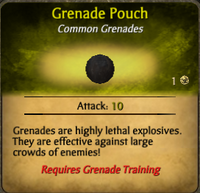 A grenade is a small, handheld bomb with gunpowder encased in a hollow ceramic shell that is thrown at enemies once it has been primed to explode. In Pirates of the Caribbean Online, the pirate can use grenades to attack multiple enemies at once in the surrounding area. But they should never be thrown at your own feet. It is possible to die from throwing too many grenades at yourself.

At Notoriety Level 20, pirates receive a quest to see Jack Sparrow who then sends them to Ewan McCraken, a gunsmith on Port Royal. He sets them to work gathering the ingredients needed to make the grenades for Jack Sparrow. This is not an easy task, since it includes going into Royal Navy forts for the needed materials. See Weapon Unlock: Grenade for more details.

To use a grenade, put the grenade pouch on your weapon belt and select it. The grenade skill options will appear below your pirate.

To throw, click or hold (Long Volley skill) the left-mouse button. Aiming up or down will help with distance. Once the bomb is thrown, it will explode once it hits an enemy, the ground, or YOU!

Warning: - Be careful! It is possible to drop a grenade too close and hurt yourself.

The grenade does not have to strike an enemy to do damage, since it causes an Area of Effect (AoE). Each grenade type has a different Area of Effect range. 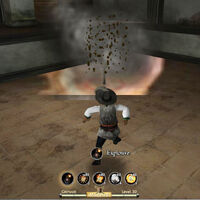 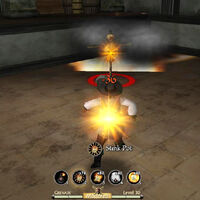 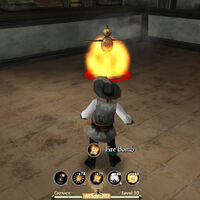 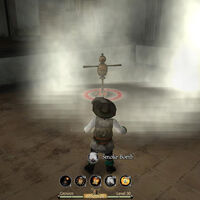 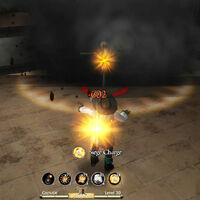 These skills, once learned, are always in effect.

A pirate can only hold so many bombs on them at one time, but you can buy special sacks at your local gunsmith that let you carry more.

The Legend of Pirates Online has added new appearance skins and types, which can be obtained from special quests, found in loot, or added from Redeem Codes in game.

Because Grenades do so much damage they give very little rep.You can try these ideas to increase your return.