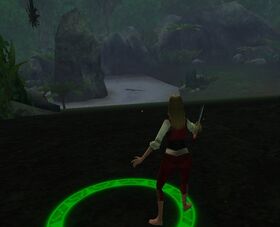 The Governor's Garden is a not a well-kept garden, owing to the fact that there is a run-down shed and a small cemetery here. It is found behind Governor's Mansion on Port Royal. It has a different layout than the most of the other forests in the game but is very similar to the Tortuga Graveyard.

It can be used to access the Royal Caverns or Murky Hollow. This area is often used by pirates for ranking or leveling beginning skills.

Alligators have moved into the small pond and now undead are rising from the small cemetery here. A handful of soldiers are trying to contend with the threat that may soon be knocking on Governor Swann's back door. There are also a few bosses that will pop up. 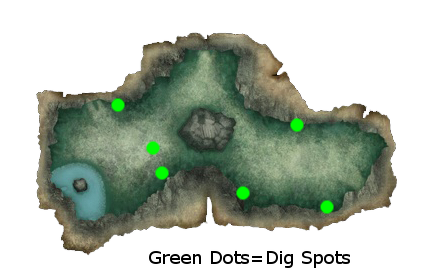 Retrieved from "https://piratesonline.fandom.com/wiki/Governor%27s_Garden?oldid=327815"
Community content is available under CC-BY-SA unless otherwise noted.