General Darkhart is an Undead Raider Boss leading the undead in Las Pulgas on Padres Del Fuego. He is one of four Generals the pirate has to overcome to complete the Taboo Doll quest as well as him being the hardest to defeat. He is escorted by other skeletons, varying between Undead Gypsies, Undead Raiders, Undead Slashers, and Undead Executioners.

Darkhart is quite possibly the most commonly killed boss due to the belief that there is a higher than average chance of him dropping Famed and even Legendary weapons (like the Lost Sword of El Patron and Silver Freeze). He is the only place to find Jack Sparrow's Blade. 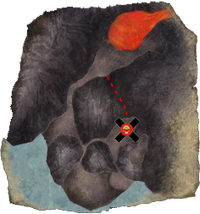 Retrieved from "https://piratesonline.fandom.com/wiki/General_Darkhart?oldid=338616"
Community content is available under CC-BY-SA unless otherwise noted.