General Bloodless is an Undead Brigand Boss leading Jolly Roger's skeleton army in the Murky Hollow on Port Royal. Bloodless is one of four Generals the pirate has to overcome to complete the Taboo Doll Upgrade Quest.

Bloodless also has to be defeated as part of the pirate's quest to free the Black Pearl. Out of all the four generals he is the weakest.

But. he is guarded by a few Undead Brigand servants for protection. General Bloodless will respawn in the same spot every time. 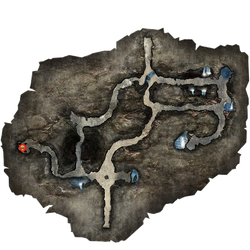 Retrieved from "https://piratesonline.fandom.com/wiki/General_Bloodless?oldid=332643"
Community content is available under CC-BY-SA unless otherwise noted.