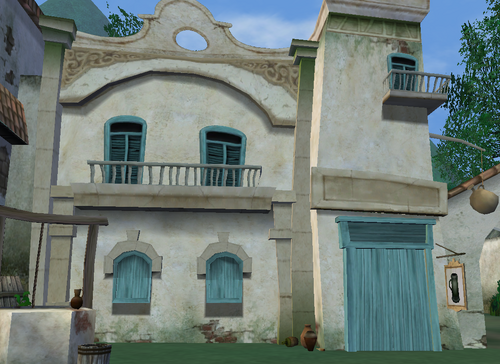 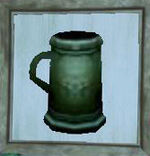 The Faithful Bride is the bawdiest tavern on Tortuga, and one of the favorite haunts of Captain Jack Sparrow and his mates.

The bar is tended by a mysterious fellow named John Carver and is a place a new pirate will find themselves visiting quite often as they are set to task by Joshamee Gibbs and other pirates as they complete various quests.

Like many other taverns, a pirate can sit down to game of Tortuga Hold'em Poker.

With the undead invasions of Tortuga, Jolly Roger's target is the Faithful Bride to find and hunt down Captain Jack Sparrow. During the invasion, wiley Jack will make his escape and disappear from the tavern.

The pirates on Tortuga errect a makeshift barricade in front of the building, but unless pirates can keep it defended - Jolly Roger's minions can batter their way inside and cause damage to the tavern walls outside.

Retrieved from "https://piratesonline.fandom.com/wiki/Faithful_Bride?oldid=328520"
Community content is available under CC-BY-SA unless otherwise noted.