Below is the soundtrack that is played while on Cutthroat Isle.

Once inhabited only by a legion of ill-tempered crabs, the island is now home to Jolly Roger's growing army of the undead. Here you'll find undead Brigands, Witchdoctors, and Pirates, as well as undead Spanish Banditos, Conquistadors, and Captains. But tread carefully, they're well- armed and have only evil intentions.

Cutthroat Isle is a foreboding, dreary island of death. A great number of medium-level of undead inhabit the island. At one time, every kind of Undead Skeleton was known to be found here (except French Undead). Since then, Jolly must have moved a significant number of his forces elsewhere. However, this is still a very deadly place for beginning pirates.

Recently, forces under command of Garcia de Avaricia have built cemeteries for their soldiers. So, now Spanish Undead roam the beach and jungle and there are Spanish ghost ships circling the island.

Hint - Ghost flagships give fairly good plunder and aren't as hard to fight as Royal Navy or EITC heavier warships.

During the struggle between France and Spain, graveyards have been built on the beach and in the jungle area. But, like other lost souls in Jolly Roger's reach, these didn't stay at rest long. 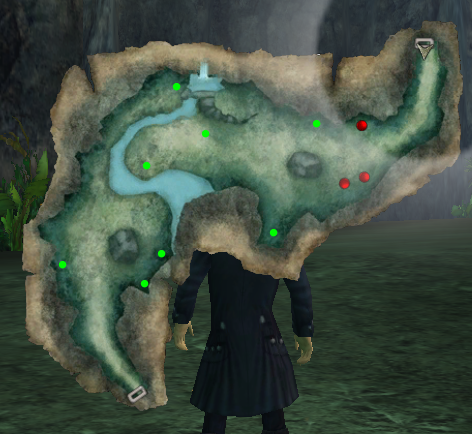 Retrieved from "https://piratesonline.fandom.com/wiki/Cutthroat_Isle?oldid=322511"
Community content is available under CC-BY-SA unless otherwise noted.