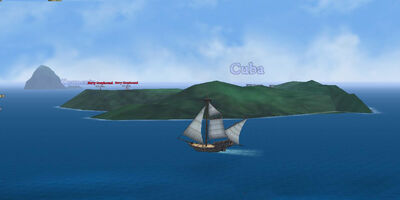 Below is the soundtrack that is played while on Cuba.

Cuba is a large island with a population of bandits and smugglers - and many pirates. Even Cuba’s merchants and planters are happy to trade with pirates, smugglers and anyone else offering a good deal, despite what laws and regulations may demand. Many of the plantation owners and merchants feel a growing resentment towards Spain and particularly its mercantilism; it is likely that this resentment will erupt into open revolt before too long.

Cuba is also rumored to house some practitioners of voodoo, like Tia Dalma.

Beyond doing voodoo quests and stopping off to unload plunder or ship repair, there are not many reasons to come to this island due to only a few merchants being present. 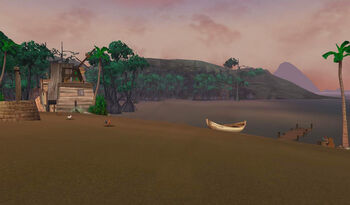 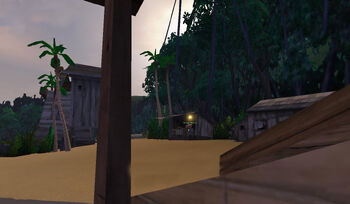 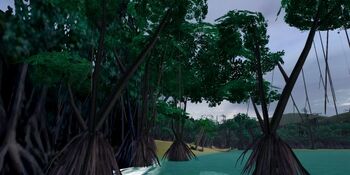 The Royal Navy, EITC and even Jolly Roger's skeletons have not set foot on the island - possibly out of fear of Cuba's strong voodoo magic. But, the island is far from tame, as some nasty critters stalk its swamplands.

The swamps are filled with life and only some of it wants to kill you.

There are NO permanent bosses on Cuba, but various random creature bosses may appear from time to time.

Though not as developed as Port Royal or Tortuga, Cuba is not without some comforts of civilization and a few services can be found here. However, pirates needing a weapon or ammunition will find themselves out of luck.

A majority of the quests involving voodoo items will involve the pirate coming to Cuba, mostly to visit Tia for assistance.

Retrieved from "https://piratesonline.fandom.com/wiki/Cuba?oldid=339215"
Community content is available under CC-BY-SA unless otherwise noted.