Croquettes De Crabe is a monstrous Devourer Crab Boss. Found lording over his lesser kin, this titanic shellfish on Isla Cangrejos might be the single BIGGEST crustacean a pirate will ever encounter.

It appears around levels 18-25. This great behemoth rivals even the stumps in strength, and can easily snip a veteran pirate to ribbons.

It is unknown why he is named after a crab dish (Crab Cakes), considering his position on the food chain, unless as some cruel joke. 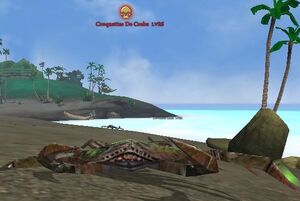 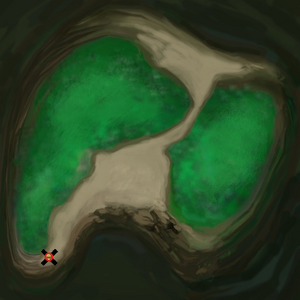 This beast needs to be defeated in order to recruit Scary Mary for the Black Pearl Quest. Next to the boss, there are lots of crabs that guard him.

Retrieved from "https://piratesonline.fandom.com/wiki/Croquettes_De_Crabe?oldid=332577"
Community content is available under CC-BY-SA unless otherwise noted.