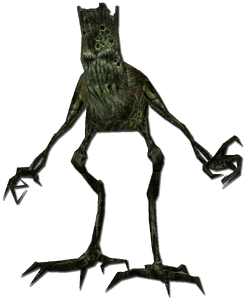 Stumps or Moss Men (their nickname as many pirates would call them by) are cursed walking-tree creatures, that serve the whim of Jolly Roger. The stuff of nightmares, these rotting monsters swing at pirates with their long hardened limbs and shake the ground with their mighty stomping. Only experienced pirates can take on these horrifying beings. 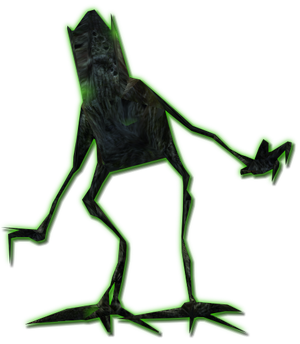 Though a walking, fighting tree with a large open maw is fright fuel on its own, there are even worse things.

Most of the Stump bosses appear on Outcast Isle.

Originally just called Stumps, these creatures also appear in the final waves of Jolly Roger's island invasions tearing down anyone who dares to challenge them.