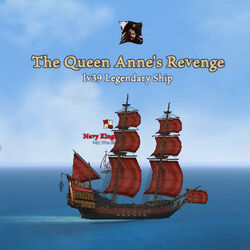 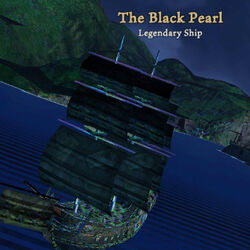 Certain ships in the Caribbean are spoken of in the legends that fly around due to the special abilities they possess, the ones which keep them different from any usual pirate ship. They can be recognised by the "Legendary Ship" Tag although the tag under the Black Pearl (see Here) was found by a glitch and has not yet appeared on the ship.

These Legendary Ships have only two (current) appearances in POTCO. The first is the playable Black Pearl, which is used during its boss battle, and the other is the notorious Queen Anne's Revenge, which appears as an enemy boss during a special event in the High Seas.

T
Retrieved from "https://piratesonline.fandom.com/wiki/Category:Legendary_Ships?oldid=325131"
Community content is available under CC-BY-SA unless otherwise noted.