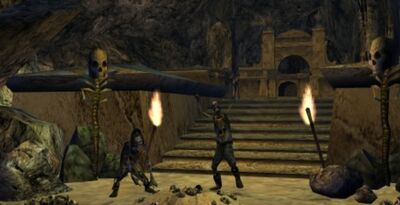 Entering from the Lava Gorge or Beckett's Quarry, the Catacombs on the island of Padres Del Fuego is a lava-lined cavern filled with some of the most dangerous undead in all the Caribbean.

The Catacombs are Jolly Roger's mighty stronghold, where he commands his mighty undead hordes. As he looks on, his skeletal minions are rising from the dead and attacking the Royal Navy and EITC soldiers that are trying to the keep them at bay, preventing Jolly Roger's growing army from spreading into the island's main town Los Padres, which would only make him just a few steps closer to controlling the island and then the entire Caribbean.

This place can be very dangerous for beginning pirates. 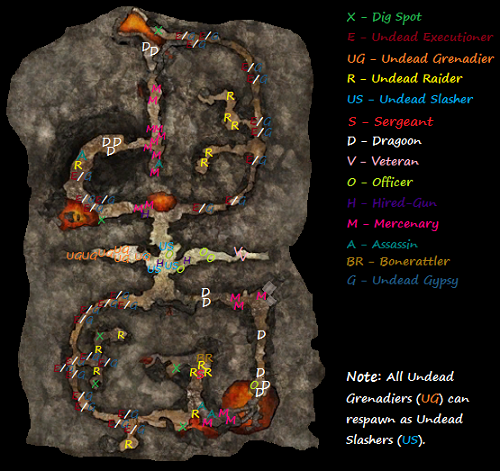 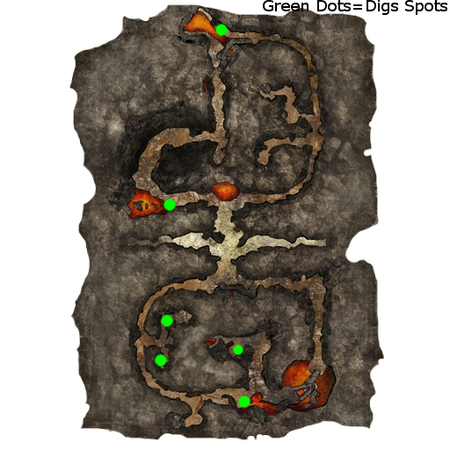 If you walk deep enough through the Catacombs, you may see 3 Undead Gypsies. Get past them and you'll see a voodoo projection (holograph) of Jolly Roger. Beware, there's a lot of high levels there.

If you go to the destroyed Navy Camp, where Bonerattler and his minions are dancing, you will notice a Navy Sergeant who is hypnotized into dancing, himself.

Retrieved from "https://piratesonline.fandom.com/wiki/Catacombs?oldid=326910"
Community content is available under CC-BY-SA unless otherwise noted.