Bonerattler is an Undead Slasher boss in the service of Jolly Roger. He makes his home deep in the Catacombs on Padres del Fuego, surrounded by Undead Raider troops. Just reaching him is a task unto itself. He and his men appear to be laying siege to hidden Royal Navy or Black Guard outpost. 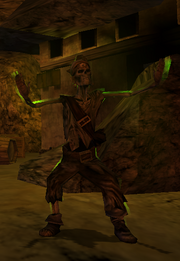 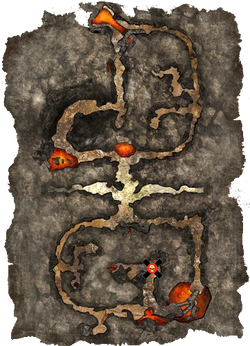 Retrieved from "https://piratesonline.fandom.com/wiki/Bonerattler?oldid=336551"
Community content is available under CC-BY-SA unless otherwise noted.