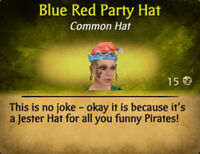 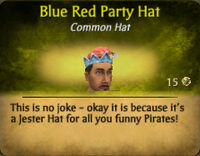 The Blue Red Party Hat is a common easter egg clothing item. It can only be obtained by defeating the seemingly invincible Rage Ghosts. 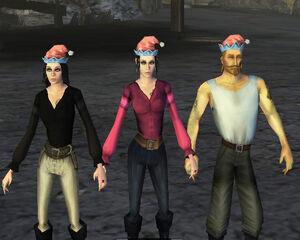 Retrieved from "https://piratesonline.fandom.com/wiki/Blue_Red_Party_Hat?oldid=341674"
Community content is available under CC-BY-SA unless otherwise noted.