Pirates Online Wiki
Register
Don't have an account?
Sign In
Advertisement
in: Islands, The Legend of Pirates Online

Below is the soundtrack that plays while on Bilgewater. 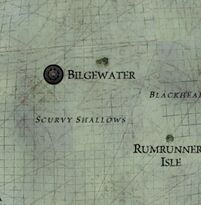 Bilgewater is an island refuge surrounded by a strange unnatural fog that shrouds it from view at a distance and provides a magical form of protection to those who try to penetrate it.

The pirate will travel here as part of their pursuit to find The Headstone, but the island also functions as a headquarters for The Keepers of the Code. Numerous merchants make their home here; many selling items found nowhere else in the Caribbean.

It is also home to some of the most dangerous enemies in all of the islands.

Inhabitants of the island are a bit stand-offish and will only interact with the pirate once they've completed the Chapter 5 Story Quest. 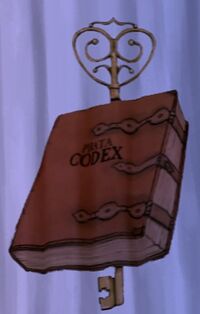 At one time, it was only home to a secret gold mine beneath cold volcanic mountains. But, it became the island headquarters for the Brethen Court's secret organization, The Keepers of the Code. The settlement was founded by Jeremiah Seastone, the guild's founder, former leader and associate of the current Keeper of the Pirata Codex, Captain Teague.

Under Jeremiah's leadership, the Keepers form a clandestine base of operations from which to enforce The Pirate's Code and the will of the Brethren Court. Since his passing, that task has fallen to his daughter, Alaina Seastone. In the ten years she has been in charge, Bilgewater has become the center of the Keeper's network of spies across the Caribbean.

Working with gypsy Madam Bernadette, Alaina also grants asylum to many victims of Jolly Roger and the Black Guard. Nearly all of the residents, who aren't member of The Keeper of the Code, have been resurrected and saved from fates worse than death. To that end, they are fiercely loyal to her and The Keepers.

Madam Bernadette heard Captain Jack Sparrow was looking for the powerful Headstone and that the Royal Navy was also in pursuit of this powerful artifact. She sent word to Captain Jack to come to Bilgewater and for a short time, she cleared a way through the protective magical fog for him.

An island area mini-map can be displayed by pressing (F8). 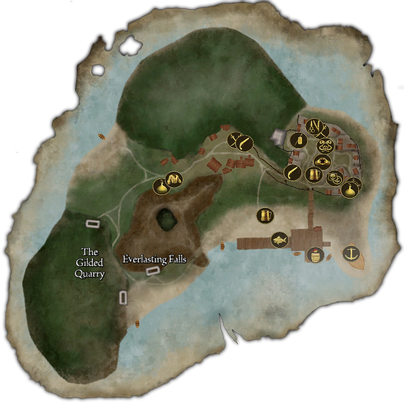 In addition to the various merchants, there are a number of structures and places the pirate can visit on Bilgewater.

Bilgewater is home to some of the toughest, most lethal creatures and enemies found anywhere in the islands.

Spots where pirates have hidden loot can be found all over Bilgewater.

Behind the Cemetery by the Dinghy

In The Gilded Quarry

In the Everlasting Falls

Crates and barrels can be found in various places across the island.

In the original version of Pirates Online, the pirate awoke in a small jail on Bilgewater, not Rambleshack.

Instead, the opening was changed to the pirate landing on the Port Royal docks with instructions to find Will Turner. That was later changed as the original Sea Chest tutorial cinematic featuring Doggeral Dan and Nell Bridgehayes was removed, moving Will to meet the pirate on Rambleshack before fleeting to join Bo Beck.

Disney used Bilgewater as the early model for island construction and layout design during it's initial phases. A number of characters who reside here were originally part of that incarnation of the island and have been brought back. Most of the other NPC's on Bilgewater however, are completely new, including the members of the Keepers of the Code.