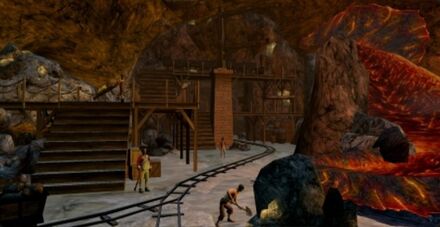 Beckett's Quarry is a large cave located inside the towering volcano island, Padres Del Fuego. Former pirates, criminals or those deemed enemies of the company and crown are forced into slavery here and toil away under the watch of the Royal Navy and the Black Guard.

Originally a silver mine, Lord Cutler Beckett's prisoners are not looking for silver, gold or even precious gems - but a mysterious Pirate Lore book that holds the secret to controlling the Caribbean.

This place reminds those who visit of the Royal Caverns, but far more sinister. There are numerous structures and unoccupied buildings found here as well.

Lord Beckett does not appear in Beckett's Quarry and likely never has visited this dreadful place that takes his name.

Instead, the operation is being overseen by Neban the Silent, one of the deadliest men in the Caribbean and ruthlessly loyal to the company. Defeating him will likely require a crew to help, for even the most notorious of pirates.

There are three ways out, one is into the infamous Catacombs, swarming with Jolly Roger's skeletons, the second exit leads to El Sudoron, and the last leads to Lava Gorge.

The main entrance to the Quarry is on the far side of Los Padres, near Shochett Prymme's stand.

In addition to some of the most dangerous Royal Navy and EITC enemies in the game being present, a couple of very dangerous bosses occupy this area.

These poor souls are the prisoners who are forced to work in the quarry. Some of the prisoners can heal an injured pirate as well. You will be unable to free them, but they may have information for you. These include: 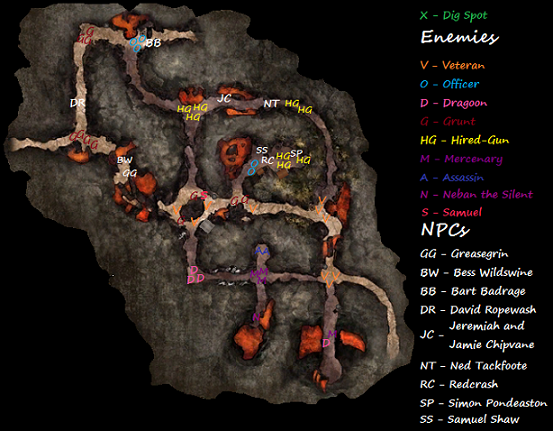 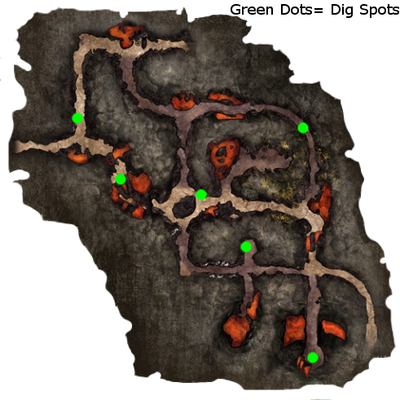