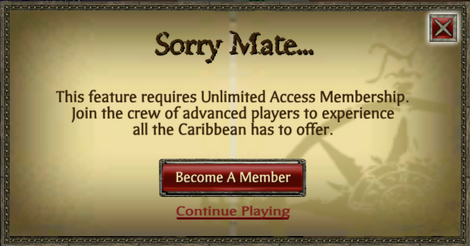 Basic Access was a non-paying membership for Pirates Online.

Pirates who were Basic Access could be identified by their name being in gray, as opposed to blue for Unlimited Access.

Basic Access pirates were somewhat limited. A basic player could create an account and play up to 2 created pirates. But, they could only go up to Level 14 in Notoriety and Level 7 in any Skill.

They also could only use Crude items, (but still collect common, rare, famed, and legendary items - including Cursed Blades). They were unable to use the items unless the account was upgraded to Unlimited Access which allowed full access to all game features - if they found any item that was not crude, there was an 'Unlimited Access Only' note on the bottom of the item card. 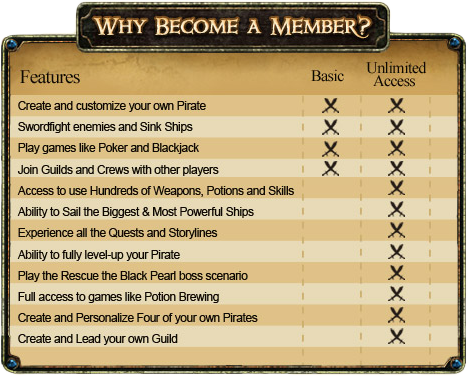